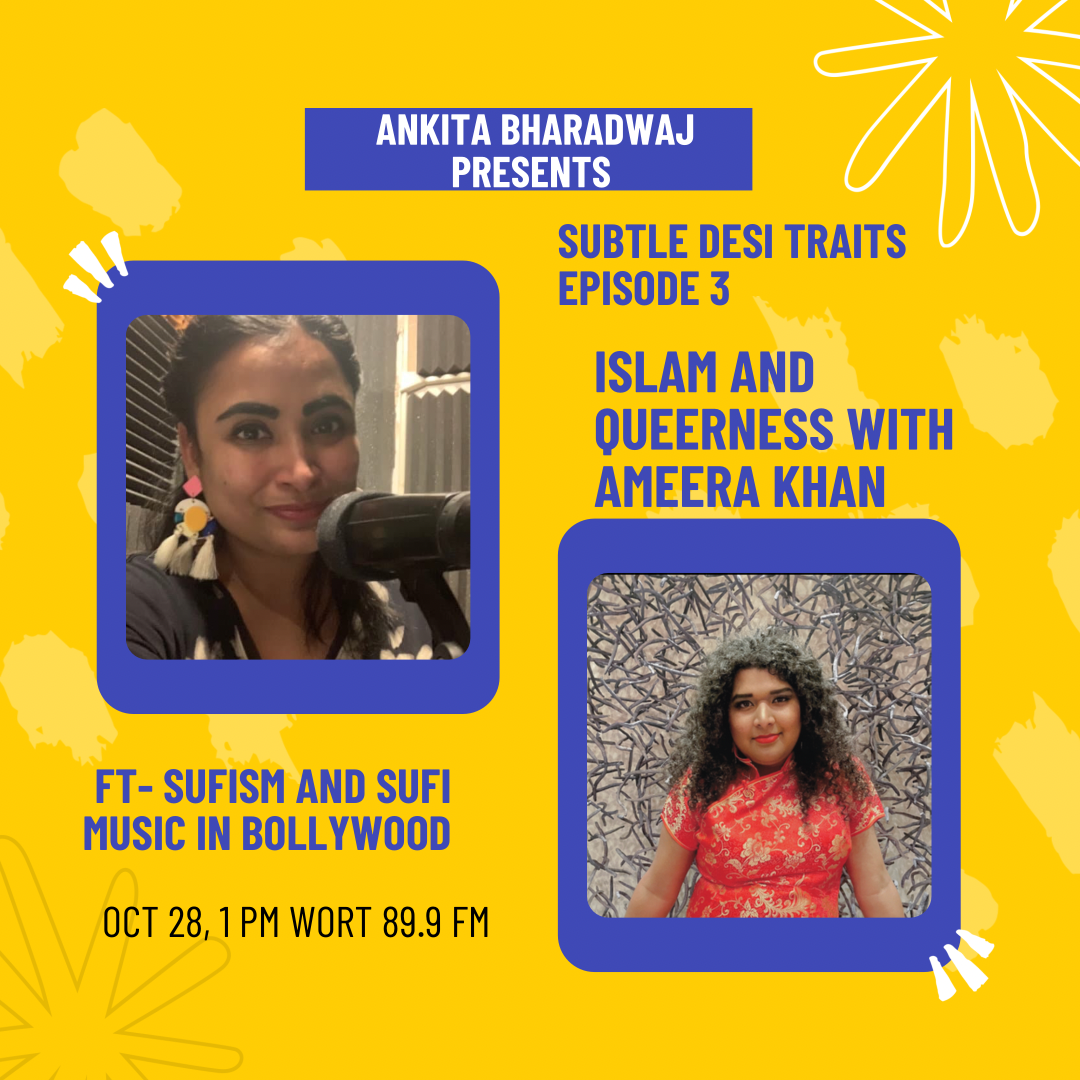 On this third episode of Subtle Desi Traits, host Ankita Bharadwaj dives into Islam and queerness. Their guest is Ameera Sultana Khan, a Bengali-American Muslim whose Islam is informed from a myriad of sources, including the memorization of the Qur’an and studying progressive Muslim perspectives. This episode also features history of Sufism and Sufi music in Bollywood.

About the guest
Ameera Sultana Khan is informed by Sunni, Sufi, anti-patriarchal, and liberation theology-oriented traditions within Shari’a, Quran, Hadith, and Islamic History. She joined the Muslim Youth Leadership Council in 2018 to join empowered Muslims reclaiming their narratives across the country, and has held numerous workshops and given talks on reclaiming Queer Islamic History, Muslim Identity, and Shari’a Laws. She has also organized conferences, most recently the Muslim Youth Leadership Council’s Virtual Conference, which drew virtual attendees from across the globe. In her professional life, she works as a DevOps Engineer for Carrot Health in Minneapolis, Minnesota.