On the January 22nd edition of the XL II 90 Live Music Radio Hour, host NuFone Rick was joined by Kevin Donohue (guitars/keys/production) Josh Fairman (bassist/synth) and Chris Anderson (drums) of electro-funk outfit Sunsquabi. They’ve been making music for ten years.  Sunsquabi have a long history of excellent performances in Madison, including sold-out stops at the Majestic Theatre and an electrifying “Live on King Street” performance. They will be returning to Madison for two nights this weekend, Friday January 28th and Saturday January 29th, at the Majestic Theatre.

Featuring interview highlights mixed with archival live tracks from performances spanning 2016 to 2021, the show covers a lot of ground with the band. The band talked about the shows, featuring music from their upcoming new album, playing two totally different set lists with no repeats, and their love for the Majestic. They also talked about the future of the band, including a desire to be able to curate their own music festival and expand their charitable outreach. They also discussed how the pause from touring created a thirst to get back on the road while opening up new creative avenues.

In describing how the live music experience informs their work in the studio, bassist Josh Fairman directly linked the two. “One of the favorite songs on the album comes from a limited-capacity show at the Mishawaka amphitheatre. We did an entire set of improv where we just made it up on the spot in front of everybody. One of those jams is one of my favorite songs on the new album.”

As always, you can listen to Nufone Rick’s show on the WORT archives. Look for the January 22, 2022 edition of the XL II 90 Live Music Radio Hour, and as always, sit back, relax, and enjoy! 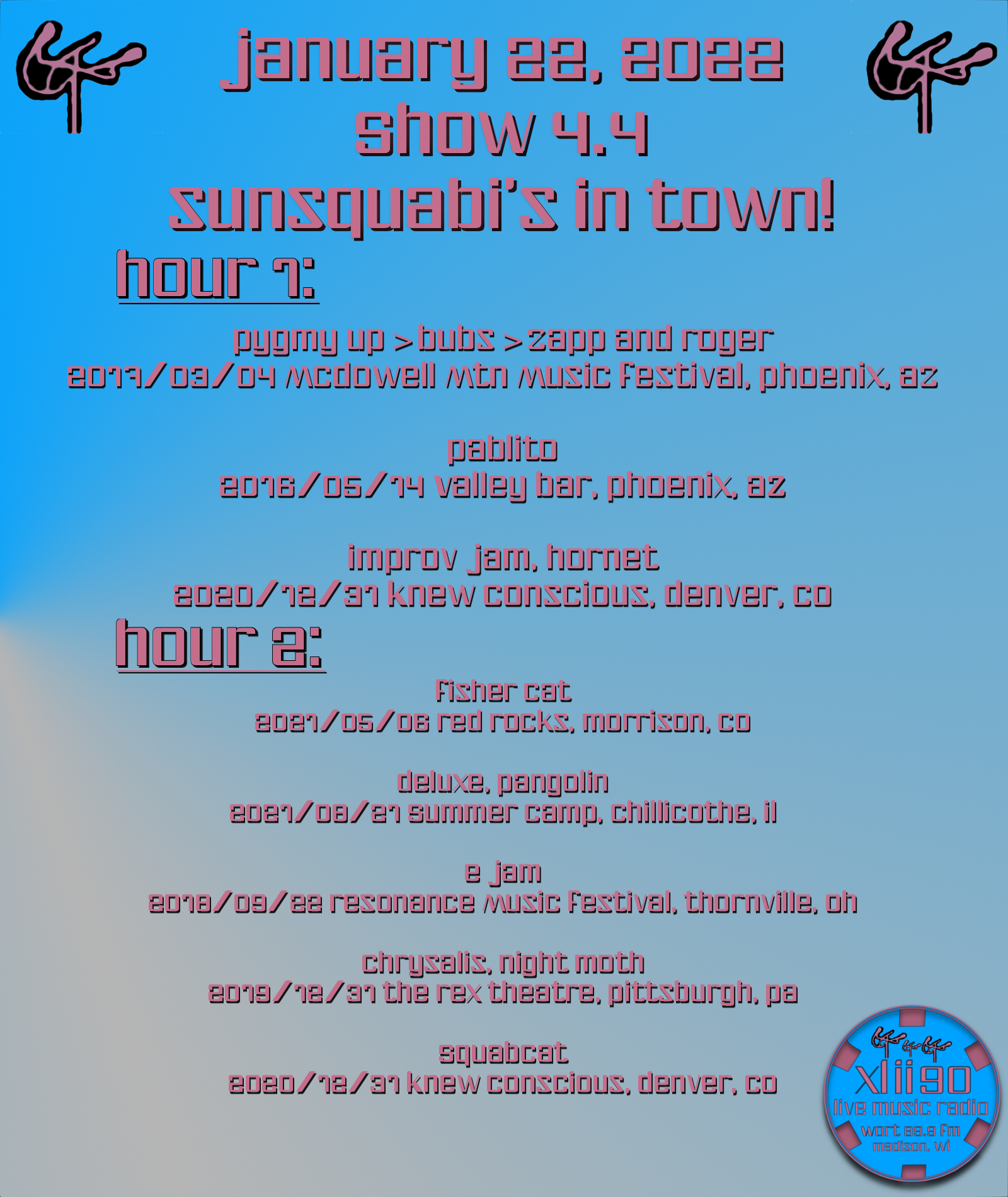