On Wednesday March 27th, Tim Hansel hosted a show about the Proposition 8 and Defense of Marriage Act regarding gay marriage that have reached the Supreme Court. Tim spoke with Katie Belanger, the Executive Director of Fair Wisconsin, about how these cases will impact citizens locally. He also spoke with Thalia Zepatos from the national advocacy group Freedom to Marry about the national impact of these court cases. Katie Belanger has extensive experience in Wisconsin politics, campaign and nonprofit fundraising and grassroots organizing. Katie joined Fair Wisconsin as the Legislative Director to shepherd Wisconsin’s first pro-fairness legislation in over two decades and in July 2009 she became Fair Wisconsin’s Executive Director. Thalia Zepatos has thirty years’ experience as a community organizer, campaign manager and political consultant, focusing on building political power for underrepresented communities. She began fighting anti-LGBT ballot measures in her home state of Oregon in 1988, and has subsequently been involved in fighting dozens of other anti-gay measures in communities across the United States. 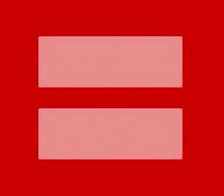 Today, Freedom to Marry Founder and President Evan Wolfson spoke at the CATO Institute about the DOMA and Proposition 8 cases, stating that the Defense of Marriage Act is likely to be struck down:

“I think it was clear that the chances of the Court striking down the Defense of Marriage Act are far greater than the chances of not striking it down, and I think equal protections as well as federalism concerns are at play. It’s particularly striking yesterday and today that no one in Court offered a reason to justify the denial of the freedom to marry or the Defense of Marriage Act. What the opponents were pushing was: “Don’t move too fast, take your time, hit the pause button, don’t do it now.” Absent was any good argument for continuing this cruel and harsh discrimination against gay couples.”

Belanger and Zepatos discussed the possible outcomes of these Supreme Court cases and how these outcomes would impact Wisconsin and the nation.

Read more about Freedom to Marry: