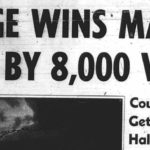 Madison, spring 1965 – the race for mayor   The polite but partisan mayoral election of 1965 gives the city a clear choice between continuity and change: —Businessman George Hall, who ran Henry Reynolds’s successful campaigns in 1961 and 63, and Dane County clerk Otto Festge. Hall, sixty-four, is chairman of the Hyland Hall construction […] 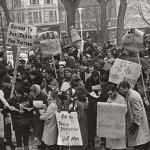 (WORT) — In the this week’s Madison History Podcast, local historian Stu Levitan takes us back to this week in 1965.