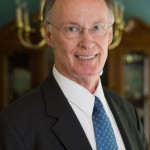 This Week on Mel & Floyd: Smartypants is back from Columbus, Ohio the Small intestine of America, Bill Clinton burning his furniture, Wisconsin being wooed, Bobby the Phone Sex Governor, […] 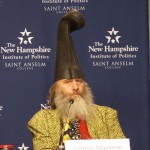 Vermin Love Supreme’s first ran for office in 1988, when he simultaneously ran for Mayor of Baltimore, Detroit and Mercury, Nevada. Since then, he’s had his sights on higher office, namely the Presidency of the United States, and sometimes, Ruler of the Galaxy. He’s run sometimes as a Republican or an Independent, but this year, he’s campaigning as a Democrat. In the 2016 New Hampshire Primary, Vermin Supreme came in fourth place, tallying more votes than higher profile candidates such as Mike Huckabee, Rick Santorum, Lindsey Graham or Bobby Jindal. 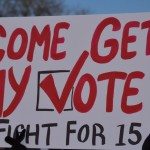 (WORT) — Thursday night, the University of Wisconsin-Milwaukee played host to the latest Democratic presidential debate between former Secretary of State Hillary Clinton and U.S. Senator Bernie Sanders. Dylan Brogan was there for the historic debate and filed this report. 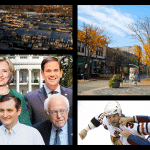 (WORT) — This week we cover how UW-Madison students are feeling about the upcoming presidential race, what next for the closed General Motors plant in Janesville, and the All-Star saga of NHL player John Scott. 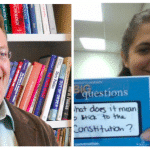 Today guest host Mike Wagner talks with Julia Azari, political science professor at Marquette and blogger for Vox’s The Mischiefs of Faction to discuss the state of the 2016 race […] 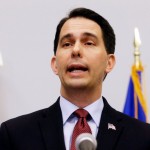 (WORT) — Wisconsin Governor Scott Walker is no longer running for president, but there are still well over a dozen other GOP candidates seeking support from voters on Walker’s home […]