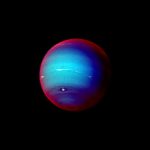 Director/Producer James Gray said he wanted his film Ad Astra to be “the most realistic depiction of space travel that’s been put in a movie”. Several critics would assert that Gray failed in this mission. On this episode of Perpetual Notion Machine, PNM’ers Aryel Clarke, Kevin Lauterjung, and Matt Blackburn discuss the science and science […]