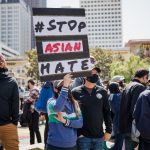 Over the past week, the U.S. has seen a series of anti-Asian attacks and hate crimes, especially against women and the elderly. Today, we’re joined by anti-racist organizer Tobita Chow for a discussion of the deeper context surrounding these events and the long history of anti-Asian racism in the U.S. Tobita Chow is the director […] 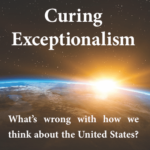 On today’s show, Allen Ruff speaks with peace activist David Swanson. Their topic is the myth of American exceptionalism, and the role it plays as a political ideology in justifying militarism and war. David Swanson is a journalist, activist, organizer, and educator. He’s the director of the peace group World Beyond War and is the […]