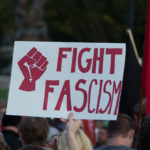 On August 12, 2017, crowds of white nationalists, many carrying flags of Nazi Germany and armed with rifles and torches, descended on Charlottesville, Virginia for a Unite the Right rally organized by Jason Kessler.  As the nationalists fought in the street with anti-fascist activists, a struggle that eventually led to the death of activist Heather […] 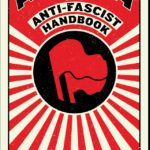 Esty interviews activist Mark Bray, author of the new book Antifa: The Antifascist Handbook. Bray will be in Madison at A Room of One’s Own for a book reading and signing this Monday, October 16th at 6pm.