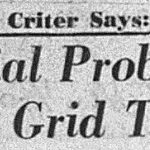 Madison in the Sixties – 1968. Racial tensions, late November.  On Saturday the 16th, university police arrest a Black nonstudent, Terrence Calneck, in the Rathskeller after he gets into a shouting match and threatens an elderly female worker whom he says used a racial epithet when he complained about the portion of ice cream she […] 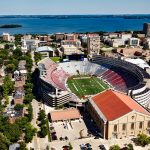 Friday, the Badgers kickoff for the first time in 2020. Fans won’t be allowed in the stadium, and Tuesday, Madison’s Common Council threw a hail marry to discourage tailgating. After much deliberation and more than 40 players testing positive for Covid-19 last month, the Badgers are still playing 8 games–4 at home. In a live […]