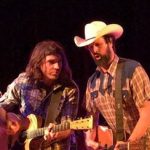 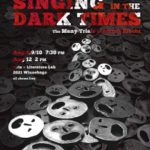 On today’s show, we dive into the life and work of German playwright Bertolt Brecht, including his testimony before the House Un-American Activities Committee (HUAC) in 1947. Fermat’s Last Theater Company in Madison is currently staging a production about Brecht’s HUAC testimony called Singing in the Dark Times. Allen is joined in the studio today by director David […] 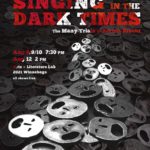 In 1947, the House Un-American Activities Committee, under the direction of its chair, Democrat Edward J. Hart of New Jersey, grilled ten film directors and screenwriters about promulgating alleged enemy propaganda.  Dubbed the Hollywood Ten, all ten of those blacklisted invoked their First and Fifth Amendment rights and refused to answer questions about their association […] 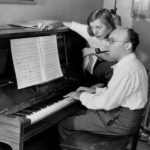 German composer Kurt Weill lived only 50 years, dying in 1950, but he left an indelible mark on 20th century music. Since his death,artists as diverse as Bobby Darin, Tom Waits, the Doors, David Bowie, Ella Fitzgerald and the Young Gods have covered Weill’s music.  Interested in the social impact of music, Weill collaborated often […]