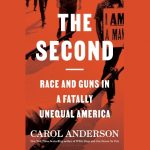 Nearly five years ago, in July 2016, Philando Castile was fatally shot by a police officer during a traffic stop after mentioning that he was licensed to carry. Many journalists and commentators at the time wondered: why the radio silence from the NRA? Historian Carol Anderson wondered the same thing. For this show, Monday host […]