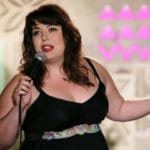 Madison, and in particular the Comedy Club On State, has quietly become something of a destination for standup comedians looking to record their latest album. This month saw both the release of John Roy’s album Everything’s Burning on A Special Thing Records, and the recording of Josh Johnson’s upcoming album for Comedy Central, so we […]