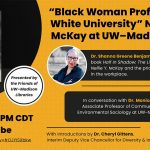 Dr. Shanna Greene Benjamin will discuss her forthcoming book, Half In Shadow: The Life and Legacy of Nellie Y. McKay, and the strength it takes for Black women to pursue their dreams in academia. Independent scholar and author Dr. Benjamin will discuss her book with Dr. Monica White, Associate Professor of Community and Environmental Sociology […] 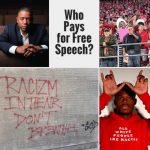 Who pays for free speech? Last weekend, an attendee at the Wisconsin-Nebraska game in Camp Randall wore a costume depicting President Barack Obama with a noose around its head, with a second person depicting Trump, holding the noose. The fans were asked to remove the noose by stadium officials; however, they were allowed to stay […] 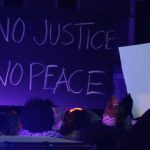 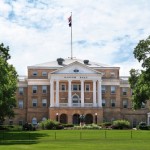 Cindy Cheng, a professor of History and Asian American Studies at UW-Madison, discusses a faculty proposal to dramatically increase ethnic and indigenous studies on campus, and how that might help transform the current racial climate. 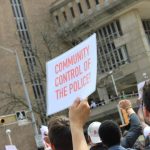 The recent arrest of a UW-Madison student during class has raised questions about the priorities and accountability of campus police. While some are calling for “community control” of the UWPD, the university says such demands are unreasonable and unlawful. Darien Lamen has this report.