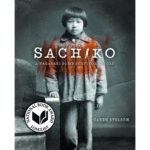 This week marks the 72nd anniversary of the U.S. bombing of Hiroshima and Nagasaki, Japan. What happened after the bombing of Nagasaki? Today Minneapolis-based writer and teacher Caren Stelson joins Patty Peltekos to discuss her book, “Sachiko: A Nagasaki Bomb Survivor’s Story.” In August 1945, the atomic bombs released on the cities of Hiroshima and […]