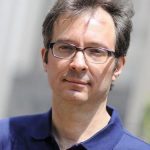 Ted Rall’s cartoons, published for years in the Los Angeles Times, ticked off high-profile people on all portions of the political spectrum — a sure sign, for a political cartoonist, […] 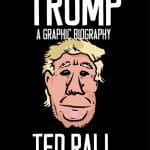 Many a head of state, corporate honcho or municipal police chief has felt the sting of cartoonist Ted Rall’s razor-sharp pen. After getting fired from his LA Times gig because […] 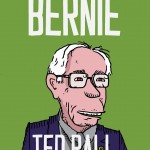 Ted Rall’s fearless work as a political cartoonist has earned him enemies as diverse as Ann Coulter, Hillary Clinton, the Los Angeles Police Department, Condoleeza Rice and Art Spiegelman. Conservative Bernard Goldberg listed Rall as number 15 in his book “100 People Who Are Screwing Up America.” After losing his cartooning gig at the LA Times, Rall completed an illustrated biography of Edward Snowden in 2015. Now he has a new book out, a biography of Bernie Sanders. Sounds like our kind of guy. 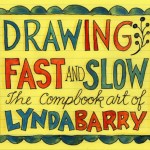 Artist, teacher and philosopher extraordinaire Lynda Barry takes us on a tour of her new exhibit at the Madison Children’s museum.