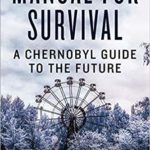 Thirty-three years ago, on April 26, 1986, the Chernobyl Nuclear Power Plant in northern Ukraine experienced two explosions and a fire that released deadly levels of radioactive gas and ash. This event is widely considered the most disastrous nuclear power plant accident in history. Historian Kate Brown says that “much of what we’re told about […]