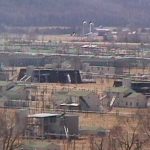 Nearing their 30th anniversary, the Citizens for Safe Water Around Badger (CSWAB) remains active and vigilant to potential chemical contaminants in water surrounding the long shuttered munitions plant. Laura talks about what it’s been like to negotiate the red tape and legal processes to “Find the Truth” and make it public. 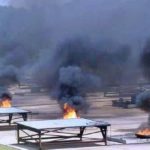 Founded in 1990, after groundwater contamination was detected at the Badger Munitions Plant, Citizens for Safe Water Around Badger (CSWAB) began as a grassroots effort to assure safe drinking water, but since then has expanded its watchdog efforts to include a variety of military waste and disposal issues, including open-pit burning of explosives, water contamination […]