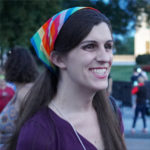 In January of 2017, Virginia’s 13th district delegate, conservative Republican Bob Marshall, authored a bill that would have mandated that people use bathrooms according to the gender shown on their birth certificates.  The bill failed in committee, but was par for the course for the 26-year veteran of the Virginia House of Delegates, who once […]