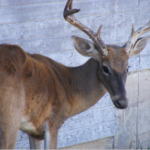 Tonight, the Perpetual Notion Machine rebroadcasts a show which originally aired on Nov. 30, 2006. PNM has done a fair number of shows describing Chronic Wasting Disease or CWD, which infect deer and cause death due to brain degeneration after about 18 months. And since 2006, CWD in the Wisconsin deer population has spread virtually […] 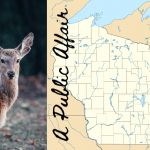 Today’s show focuses on two different aspects of health. First, we learn the ins and outs of getting healthcare coverage in Wisconsin with Anthony Curtis, community outreach ambassador for Covering Wisconsin. The enrollment deadline is December 15. You can find more information at coveringwi.org. Then, we turn our attention to chronic wasting disease (CWD): what […]