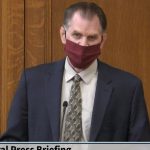 Yesterday, several Madison voters filed a lawsuit asking the court to declare the more than 10,000 absentee ballots returned during last weekend’s Democracy in the Park event legally collected. The lawsuit comes after two prominent Republican lawmakers filed a cease-and-desist letter against Democracy in the Park, claiming without evidence that the event was “illegal” and […] 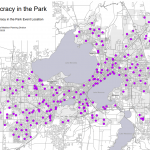 Today on the show, Monday host Patty Peltekos and co-pilot Yuri Rashkin learn about the Democracy in the Park program with Madison City Clerk Maribeth Witzel-Behl. Democracy in the Park is an event where Madison voters can register to vote and return their absentee ballots securely to official poll workers at over 200 parks throughout […]