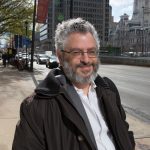 Following the firing of Department of Agriculture Secretary-designee Brad Pfaff earlier this month, Democratic Governor Tony Evers described the vote as “amoral and stupid.” Looking at a national picture, governors in a dozen states now face legislatures controlled by the other party. While some can reach compromises, policy fights and angry words, like Evers’, are […]