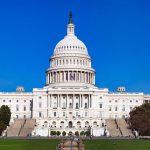 Earlier today, a mob of armed, Pro-Trump terrorists attempted to seize the U.S. Capitol Building. Their intent was to prevent a joint session of congress from certifying the electoral college for President-elect Joe Biden. Today’s events come after several Republicans, including several members of Wisconsin’s republican congressional delegation, said they would vote against Joe Biden’s […]