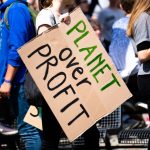 Today on the show, Allen discusses the twin catastrophes of capitalism and the climate crisis with ecosocialist activist Ian Angus. Among other things, they talk about the problem with ecofascist arguments about “overpopulation,” why the COVID-19 pandemic is an ecological crisis, and the promises of ecosocialism. Ian Angus is the founder and editor of the […]

A herbarium amasses a collection of botanical specimens for future study, providing a vegetal snapshot of an area’s ecology and field guide for identifying wildlife. While imagery in this exhibition may not be based entirely on real plants, their rendering inspires close looking with a nod toward scientific study. This exhibition encompasses a variety of […] 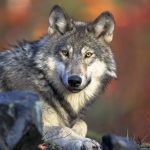 Farmers and ranchers tend not to like large carnivorous animals like wolves, bears and lions.  With thousands of years of selective breeding to turn them into slow, docile creatures, domestic livestock are often easy pickings for wild carnivores.   Economic loss turn leads to human resentment which leads to retaliation and extermination of the predators, […] 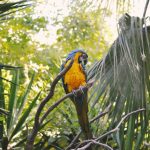 On this episode, Patty talks to conservationist Tony Juniper for an in-depth view of rainforests throughout the world. He discusses his latest book, Rainforest: Dispatches from Earth’s Most Vital Frontlines, and what we need to consider as we work toward the conservation and restoration of the rainforests. Tony Juniper is the Executive Director for Advocacy […] 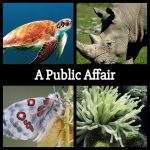 Today’s episode is a rebroadcast from May 14, 2019. Earlier that month, the United Nations released a biodiversity report warning that one million species are at risk for extinction in the coming decades, including more than 40% of amphibian species, nearly 33% of reef-forming corals, and more than a third of all marine mammals. In […] 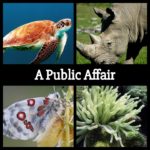 Last week, the United Nations released a biodiversity report warning that one million species are at risk for extinction in the coming decades, including more than 40% of amphibian species, nearly 33% of reef-forming corals, and more than a third of all marine mammals. Today on the show, we explore the magnitude of the report’s […]