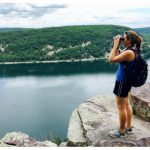 Since President Richard Nixon signed the Endangered Species Act in 1973, 99% of the 1,600 species identified in the act remain alive on the earth today.  On the other hand, despite some high-profile success stories such as the Bald Eagle, less than 1% of the species protected by the act have recovered significantly enough to […] 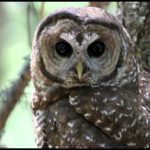 In tonight’s episode of the Perpetual Notion Machine, PNM’s resident wildlife guru, Lincoln Tice, explores the nature and ecology of the Spotted owl. His guest is Gavin Jones, a Ph.D. candidate in UW-Madison’s forest and wildlife ecology. He specifically studies the California Spotted owl in the Sierra Nevada range. Spotted owls reside in old-growth forests […] 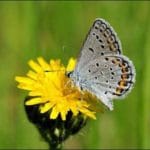 There are over 1,200 species on the Endangered Species List. In Wisconsin, the Gray wolf gets a lot of publicity, having been listed and then delisted quite a few times in recent years. But the tiny and delicate Karner Blue butterfly has been listed since 1992. The species have all but disappeared in New England, […] 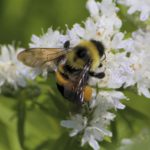 In tonight’s episode of the Perpetual Notion Machine, we look into pollinators, very appropriate this time of year. But, we focus on the endangered Rusty-patched bumble bee with our guest Susan Carpenter, outreach specialist and native planet gardener at the UW Arboretum. She tells PNM’s Will Cushman that about 12 species of bumble bees visit […]