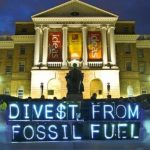 In the 1980’s, activists seeking the end of apartheid rule in South Africa found themselves frustrated by the U.S. and other governments’ support for the racist regime.  In response, thousands turned up the pressure on non-governmental targets, eventually convincing corporations, Universities, investors and others to pull any investments that benefited the South African regime.  Most […]