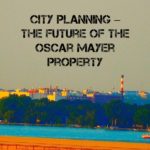 The Oscar Mayer plant came to Madison in 1919 and became a fixture of the Northside, employing thousands of workers over the years. In 2015, owner Kraft Heinz announced that the Madison plant would be closing and the headquarters moved to Chicago. The factory closed in June 2017, and Reich Brothers Holdings purchased the property […]