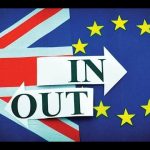 On Thursday the UK voted to leave the European Union in a 52% to 48% vote. Voter turnout was at 71.8%, making it the highest turnout for the UK since the 1992 general election. To work through an alternative view on the issue, Esty Dinur talks with James Ivens, an activist and organizer for the […]