Please join us for a concert with Wausau native, John McCutcheon! All proceeds to benefit worker justice through the Interfaith Coalition for Worker Justice. Advance tickets available online at workerjustice.org/upcoming-events/john-mccutcheon-concert/ 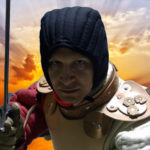 Romana Shemayev migrated from the Soviet Union and settled in Dane County, Wisconsin.  Since coming to the United States, Romana has dedicated herself to bringing the protest music of the pre-Glasnost days of the declining Soviet era to a modern audience.  She plays frequently around town, including an ongoing series of collaborations with Madison singer-songrwiter, […]