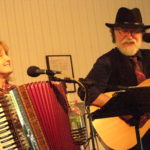 Sing along to the hilarious lyrics and happy sounds of Madison’s own folk legends, Peter & Lou on Wednesday, May 29th, from 6 to 8 PM in the historic Olin Park pavilion. Listen for the song they created to celebrate our F.O.O.T. concerts (albeit a very cold one past…) Bike on down and bring some […] 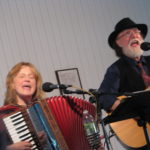 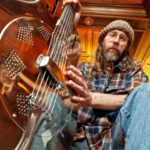 Roots musician Charlie Parr will be visiting WORT to do a live studio session this Friday at noon on his way to play The Stoughton Opera House later that night along with Willy Tea Taylor. Though described as a shy individual, his ambitious schedule of around 250 energetic performances a year has built him a […] 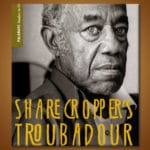 Descended from African American slaves, Native Americans, and white slaveowners, John Handcox survived attempted lynchings, floods, droughts, and the ravages of the Great Depression to organize black and white farmers alike on behalf of the Southern Tenant Farmers Union. He also became one of the most beloved folk singers of the prewar labor movement, composing […]