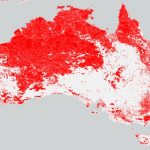 Australia is on fire. The current Australian bushfire season has been the worst in recent history, burning an estimated 26 million acres across the continent, particularly in the south-east. Last month, the New South Wales Government declared a state of emergency due to record-breaking temperatures and drought. An estimated six thousand buildings have been destroyed […]