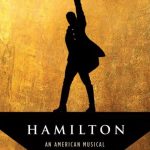 Hamilton has “turned the world upside down” on Broadway and across the country, telling the story of one of America’s Founding Fathers through hip-hop and rap. Writer and star Lin-Manuel Miranda describes it as “a story about America then, told by America now.” Since its Broadway debut in August 2015 at the Richard Rodgers Theatre, the […]