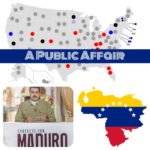 On today’s two-part show, we bring you updates on American electoral politics and the U.S.’s intervention in Venezuela. First, Esty discusses the overcrowded 2020 presidential race with William Pitt, senior editor at Truthout. In the second segment, anthropology professor Adrienne Pine describes her experience as an embassy protector at the Venezuelan embassy in Washington, D.C., […] 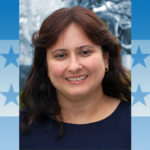 Hondura’s bitterly disputed Presidential election officially came to a close last week, when the Special Election Tribunal announced that incumbent National Party President Jose Orlando Hernandez had won reelection over his challenger Salvador Nasralla by a margin of only one and a half percent. The U.S., Canada and Mexico were quick to endorse the Tribunal’s […] 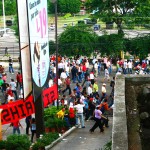 Sunday marks the 6th anniversary of the coup that took place in that Central American nation. Since then Honduras has become one of the most dangerous countries on earth. On this June 25th edition of A Public Affair, guest host Norman Stockwell discusses Honduras and the death of Miguel Facusse with Dan Beeton of the Center for Economic and Policy Research, Karen Spring from the Honduras Solidarity Network, reporter Sarah Blaskey and Andres Tomas Conteris from Democracy Now En Espanol. 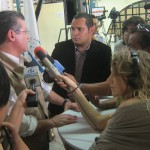 To add to the political tension in Honduras, the latest election results are now being challenged, what will this mean for the Honduras elections now and in the future? Find out more on this episode of A Public Affair!

In 2009, the Honduran military deposed elected President Manuel Zelaya. First elected in 2006, Zelaya had moved to the left over the course of his Presidency, and had called for a national referendum to revise the Honduran constitution. After the coup, Zelaya remained in exile in the Dominican Republic. Now, Zelaya’s wife, Xiomara Castro, has […]