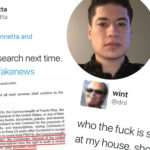 In late October, The Daily Beast ran a story exposing the political connections of Whitefish Energy, an obscure company that somehow secured a $300 million contract to restore electricity in hurricane-ravaged Puerto Rico. The contract was canceled a few days later, amid an explosion of public outrage and criticism from members of Congress. The journalist who reported and wrote […]