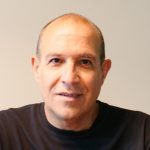 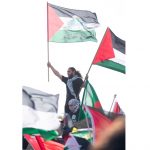 In spite of laws restricting the United States from giving military aid to countries that use them for aggressive purposes or to commit human rights violations, the U.S. “continues to give Israel $3.8 billion of our tax dollars every year in military funding.” More and more Americans are speaking out on this issue, including representatives […] 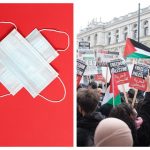 The CDC’s announcement yesterday that vaccinated individuals can go unmasked in most situations took many by surprise. First up today, we discuss that and other pandemic news with Dr. Peter J. Hotez, author of Preventing the Next Pandemic. Then, we’re joined by Mazin Qumsiyeh in Bethlehem and Refaat Alareer in Gaza City for on-the-ground updates […] 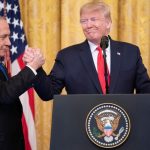 On Tuesday, the Trump administration hosted a ceremony celebrating a new peace agreement between Israel, the United Arab Emirates, and Bahrain. “The problem is that it’s not a peace agreement,” says lawyer and activist Huwaida Arraf. Today, we’re joined by Arraf to talk about the problem with Trump’s “peace deals” and why she protested at […] 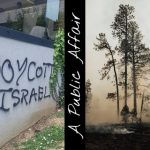 Today’s show looks to broader national and international affairs. First, journalist Ramzy Baroud talks about Israel’s annexation plan and the current state of the Boycott, Divestment and Sanctions (BDS) campaign for Palestinian rights in the U.S. Then, we discuss news updates from the American West with journalist Steve Horn, including recent wildfires in Arizona, the […] 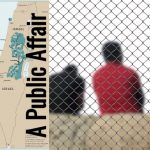 Earlier this week, the Trump administration announced a peace plan for the Middle East. What does this really mean for Israel and Palestine? For the first part of today’s show, Palestinian journalist and peace activist Ahmed Abu Artema and Jennifer Loewenstein, longtime observer of the Middle East, offer responses. In the second segment, investigative reporter […]