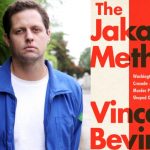 We live in a world shaped by the anti-communist campaign waged by the United States during the Cold War, argues journalist Vincent Bevins. Today, we’re in conversation with Vincent Bevins about his new book, The Jakarta Method, in which he chronicles the hidden story of the United States’ involvement in killing nearly one million Indonesian […]