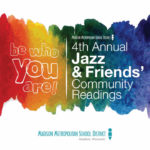 Jazz Jennings first became a transgender celebrity when she appeared in an interview on 20/20 with Barbara Walters at the age of seven.  Since then, she has been the subject of a documentary series, become a YouTube star and now 18, recently completed her gender reassignment surgery.  This Thursday, the Madison Metropolitan School District and […]