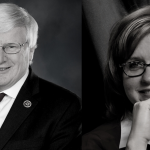 This November, Republican incumbent Glenn Grothman will square off against Democrat Jessica King for the right to represent Wisconsin’s sixth congressional district — which includes communities situated between Green Bay, Madison and Milwaukee. Grothman won the seat in 2014, prior to which he served in both the Wisconsin state senate and house of representatives for […]