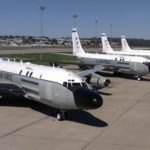 Jim Murphy, a devout Catholic and anti-nuclear pacifist from Highland, Wisconsin was arrested and released today at the Offut US Air Base just outside Omaha, Nebraska. He illegally entered the air base to deliver a letter to the Commander. The letter called attention to this week’s 73rd anniversary of the nuclear weapons attack on Hiroshima […]