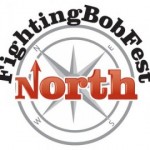 On Monday August 13th, JoAnne Thrax subbing for Norm Stockwell talked with Mark Potok of the Southern Poverty Law Center and Aaron Flanagan of the Center for New Community. They discussed their “Turn it Down” campaign against white power music in the wake of the Massacre at a Sikh temple here in Wisconsin. The shooter, […]