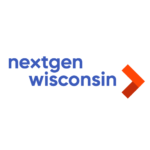 On Tuesday, November 6, the Wisconsin state midterm elections brought a blue wave to Wisconsin, with Tony Evers claiming victory over two-term reigning Wisconsin Governor Scott Walker. And the turnout was much higher in this election than in previous years, as the City of Madison clerk reported more than 92 percent of eligible voters cast […]