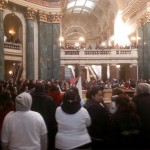 MADISON (WORT) — Hundreds of people from the Menominee Nation filled the Wisconsin State Capitol Wednesday to urge Governor Scott Walker to change his mind on the tribe’s Kenosha casino project. 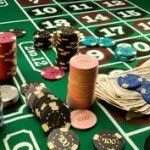 Why did Governor Walker recently reject the Menominee tribe’s latest bid to open an off-reservation casino in Kenosha? Why does the governor have jurisdiction in this matter? Listen to this edition of A Public Affair to find out more! 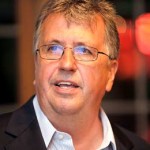 Tod Ohnstad, a freshmen state representative in the 65th assembly district representing the Kenosha area, came by the studio on February 7, 2013. Among his many duties he has been placed on the mining committee. Tony and Tod speak about the recent legislation that has been put on the fast track allowing an open pit […]