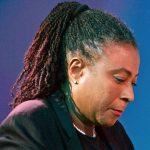 This week’s edition of Strictly Jazz Sounds features a New Year’s Eve of clubbing in New York City. We’ll start at Birdland with Art Blakey & the Jazz Messengers and Steve Kuhn then go to the Blue Note for some Dizzy and then head over to the Half Note for Wes Montgomery and the Wynton […] 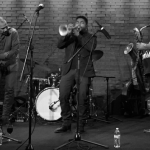 The Ethnic Heritage Ensemble, featuring: Corey Wilkes/trumpet Alex Harding/baritone sax Kahil El’Zabar/multi-percussion/vocals/composition The sound of the current version of the Ethnic Heritage Ensemble’s funky sound is best summed up in Stef Gijssels’ Free Jazz Collective Blog review: “Their sound is still so grooving, bopping and dancing that it is among the most infectious music you […] 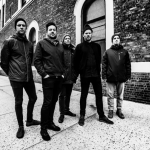 The Norwegian/Swedish quintet Friends & Neighbors was formed in 2009 in Trondheim, Norway. Since their first record, “No Beat Policy” in 2011, they have released three more powerful albums, and established themselves as a force to be reckoned with on the Scandinavian jazz scene. The band is clearly defined by the five members’ strong individual […] 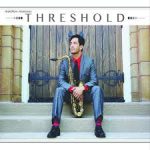 Matthew Muneses is a saxophonist, educator and composer. In March 2015, Matthew recorded his debut record titled Threshold (!!) which has received wide acclaim. In August 2020, Matthew will be recording his new project – a tribute to the life, legacy, and compositions of José Rizal, the first national hero of the Philippines – with […] 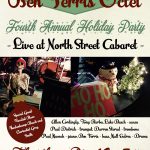 Ben Ferris Octet’s 4th Annual Holiday Show North Street Cabaret, 610 North St., Madison WI Dec. 19th, 7pm Tickets available at: https://www.brownpapertickets.com/event/4445180 $10 general admission, or $60 for a reserved table of 4 Per our usual tradition, the band will be taking audience input in our “Ho-ho-ho/No-no-no” tip jars – which ever has more $$ […] 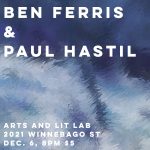