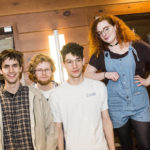 The songs on Madison band Trophy Dad’s latest EP, Dogman, are relatively old in the band’s lifespan—they formed just a few years ago and began recording these tracks in early 2016. That said, it represents a big step forward from their 2015 debut EP, Shirtless Algebra Fridays. Both releases capture the band’s gift for skewed, catchy guitar […] 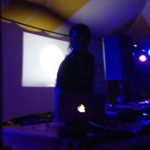