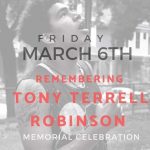 On March 6, 2015, Tony Robinson was fatally shot by Madison police officer Matt Kenny. The killing prompted a surge of activist response and criticism of the police department’s training, and resulted in an audit of the MPD and 177 recommended changes to the police department’s operations. On this edition of the 8 O’Clock Buzz, […]