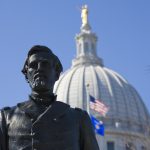 This morning, two statues returned to the grounds of the State Capitol after a fifteen month hiatus – and a third may be on the way. The two statues – of  Forward and of abolitionist and civil war fighter Hans Christian Heg – are back around the Capitol Square.  They’ve been out of commission for […] 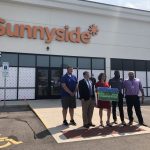 State Democrats are once again introducing a bill to legalize weed in Wisconsin. This comes after years of failed attempts. Most recently when, Governor Tony Evers attempted legalization in his biennial budget. The Sunnyside cannabis dispensary is just across the Wisconsin-Illinois border. If you’re driving on I-90 coming from Madison, it’s the first exit after […] 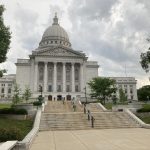 This morning, state legislators and advocates announced a new “Campaign Integrity package.” The package includes seven bills which aim to reduce the influence of campaign donors and make campaign finance more transparent.  State Senator Chris Larson, a Democrat from Milwaukee, says that money has played an increasing role in Wisconsin’s legislative elections in the past […] 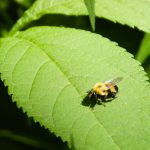 Two Wisconsin lawmakers are proposing three bills to help Wisconsin’s pollinator species. It’s called the “Pollinator Protection Package, and it was unveiled earlier today by State Senator Melissa Agard, a Democrat from Madison and State Representative Lee Snodgrass, a Democrat from Appleton. Senator Agard says steps to protect pollinators are crucial.  “Over the past 30 […] 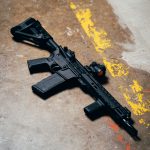 At a press conference before yesterday’s assembly floor session, Republican Majority Speaker Robin Vos said there’s little more to be done to prevent mass shootings, other than arresting perpetrators after the fact. Referring to the string of mass shootings in the past week, Vos doubted any further legislation would be effective. “I have not seen exactly […] 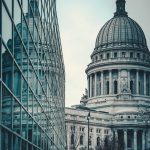 In the wake of the murders in Atlanta on Tuesday of 8 people, 6 of whom were Asian American women, Representative Francesca Hong and Senator Melissa Agard introduced a joint resolution in the assembly and the senate condemning violence against the Asian Pacific Islander Desi community. Notably, the resolution doesn’t mention the murders in […]