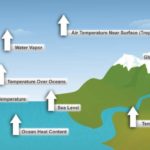 On Black Friday, a government report was released, produced by a team of more than 300 experts guided by a 60-member Federal Advisory Committee, which was extensively reviewed by the public and experts, including federal agencies and a panel of the National Academy of Sciences. The White House is already criticizing the government’s own data, […]