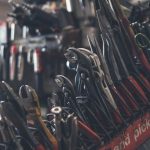 As of late September, there had been more than 300 catalytic converter thefts in Madison so far this year. That’s more than double the number that were stolen in 2020, according to the Capital Times. Catalytic converters reduce the amount of toxic pollutants that are released by cars and they’re rife with valuable metals, which […]