The Madison Chapter of Jewish Voice for Peace will be showing the film: The Occupation of the American Mind: Israel’s Public Relations War in the United States This film, narrated by Roger Waters, argues that the Israeli government, the U.S. government and the pro-Israel lobby have joined forces to shape American media coverage in Israel’s […] 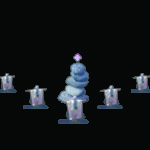 Madison has its share of gifted visual artists and valuable art spaces, but digital art and video art lack a strong presence here. And what is digital art, anyway? The ongoing show Digital Aura takes a broad approach to exploring that question, with a series of three works showing at the Madison Museum of Contemporary Art […]