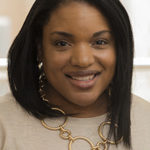 The “First Step Act”, as the Federal Criminal Justice Reform bill is known, was passed by Congress and signed into law by the President at the end of 2018. While it looks at trying to reform sentences of prisoners in Federal custody, a vast majority incarcerated persons are housed in state facilities as a result […]