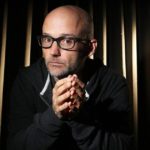 The expression “Everything Was Beautiful, And Nothing Hurt” is taken from Kurt Vonnegut‘s novel Slaughterhouse Five. Richard Melville Hall (aka Moby) uses it here to juxtapose his contrasting feelings on the current state of the world. Moby’s new album with that title hits #1 on our electronic dance music top 10. See what else is […] 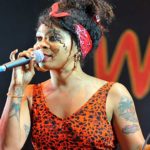 British singer Hollie Cook (pictured) released her 3rd solo full length album, “Vessel Of Love” in January on American label Merge Records. Known primarily for their roster of rock artists, the Durham, NC-based operation was founded by members of Superchunk, one of numerous other Merge artists that have topped the WORT charts in the past. […]